Fiber offers the best internet connection for gaming because it has the fastest download and upload speeds, higher bandwidth, and low latency and jitter.

With fiber, gamers can have a seamless, lag-free online gaming experience. 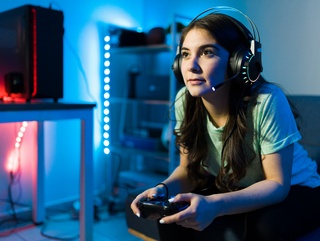 Because fiber-optic cables use thin glass stands and light to transfer data, the connections are incredibly fast.  Fiber internet transmits data at 70% the speed of light, making it the fastest technology for gaming.

Unlike copper, fiber is capable of symmetrical speeds (downloading and uploading at the same rate).

With the move to cloud gaming, upload is becoming just as important as download speed.  To compete in real-time, users must be able to send their actions to the server at the same rate they receive it.

Upload speed is even more important for those who live stream their game play on platforms like YouTube or Twitch.

Fiber can also handle more bandwidth during peak hours.  Bandwidth determines how much data you can download or upload at once.  Though speed and bandwidth are closely connected, they are not the same.

Think of your internet like downtown traffic.  If every car took the same road into downtown, it would take everyone longer to get to the city center.  If, however, cars had the option to take several different routes into town, they would arrive faster.  This is like your bandwidth.  More routes allow more cars, or in this case more data, to arrive sooner.  The speed limit is still the same, but there’s less congestion.

Bandwidth is a key component of reliability.  Since fiber has high bandwidth all the time, providers don’t have to throttle speeds during peak hours.  With higher bandwidth, gamers will also see lower latency and jitter.

Latency, measured by ping, is the average time it takes for a computer to connect to and receive a connection back from a gaming server.  Because fiber is fast and built to handle more bandwidth, it has lower latency.

With a more consistent connection unaffected by high network usage, latency is stable throughout the day.  This metric is known as jitter, the consistency or variance of latency.

Slow response time and lag are caused by latency issues.  Because fiber connections have low latency and jitter, gaming on fiber can be the difference between winning and losing.

Future of gaming is fiber

More and more, gaming is moving online.  Rather than being stored locally, many games now exist on the cloud in external servers.  Users are essentially streaming games.

Just like Software as a Service (SaaS) has become a lucrative business, gaming is moving in the same direction.  Giants in the industry like PlayStation are moving toward this model, and new players like Stadia, owned by Google, are beginning to offer gaming as a service (GaaS).  Xbox has joined the race with their beta version of cloud gaming known as Xbox Game Pass.

With GaaS, anyone can play on any device with an internet connection.  With prices comparable to a video streaming service like Netflix, users pay a small monthly fee to game on demand.  No game console or powerful computer is required.  No more upgrades are necessary. 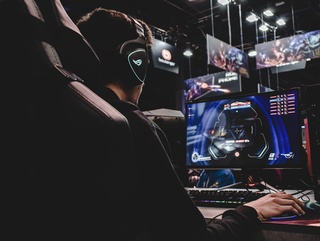 Gaming on the cloud makes the internet connection between the players and the servers all the more crucial to in-game performance, and fiber internet is the best technology for winning.

Hunter Communications was named by PC Magazine as the best internet service provider for gaming in the Northwest for 2022.  With the lowest latency and jitter, Hunter Fiber is built to help gamers win.

Sign Up
← Welcome to Hunter: Acquisition FAQs 7 Reasons Why Businesses Need Fiber →
Back to Blogs