Mobile networks are a necessary component of our modern communications infrastructure.  These wireless technologies keep us connected as we drive around, explore downtown, or visit a state park.

The 5th generation of mobile connection, is here, and it brings the promise of faster mobile data connections, increased bandwidth, and almost perfect coverage.  Despite all that 5G offers, its wireless connection still needs fiber-optic technology.

5G needs fiber for two reasons: 1) 5G mobile networks must be supported by a fiber-optic backbone, and 2) 5G is not a sufficient replacement for wireline fiber-optic home internet.

Before discussing why 5G needs fiber-optics, it’s important to explain what 5G is and how it works.

5G is the 5th generation of mobile networks.  The first generation debuted in the 1980s with analog voice.  In the 1990s, consumers transitioned to digital voice with 2G.  Then mobile data came to the market in the 2000s with 3G, and a decade ago, 4G LTE provided mobile broadband access.

5G improves on its predecessor by providing higher speeds and more bandwidth.  Some experts claim that 5G will be four times faster than 4G and support ten times more devices.

Though a wireless connection, mobile networks are supported by wireline backbones.  Because 5G relies on a physical connection to transmit data between small cell sites, the quality of the 5G networks is limited by the technology behind it.  In order to fulfill its promises, 5G must be supported by a fiber-optic network.  It couldn’t function without it.

Up until now, most 3G and 4G mobile networks have used copper to connect their towers.  But, because 5G promises higher speeds and requires more bandwidth, a copper-based backbone is not sufficient to sustain it.

Fiber-optic wirelines are capable of supporting the demands of the 5th generation mobile network.  Because fiber uses light to transfer data, it is faster, more reliable, and scalable.  Unlike copper, it has the capacity to reliably transmit large amounts of data between small cells without interruption.

Without a robust wireline network, 5G cannot succeed in bringing fast and ubiquitous mobile connections to the masses.  The future of 5G and its success depend on the construction of its fiber-optic backbone.  In Oregon, Hunter Communications has partnered with several other companies to build the infrastructure for 5G throughout Douglas, Coos, Josephine, Jackson, Klamath, Lake, and Lane Counties.

Despite its benefits, 5G has some disadvantages.  Although it promises faster speeds and better bandwidth, 5G’s technology prevents it from becoming a viable replacement for wireline fiber-optic home internet.

Because it operates at high frequencies, 5G’s millimeter waves cannot penetrate objects.  This can make indoor connectivity unreliable.  Fiber-optic internet, on the other hand, is extremely reliable because it is unaffected by external forces.

Furthermore, although its frequencies promise high speeds, 5G can only transmit over short distances.  This lack of range requires 5G small cell sites to be placed every 1,000 feet.  In rural areas, where residents own multiple acres, a lot of equipment would be needed to provide a quality home internet experience.

5G is quickly becoming available, and by 2026, experts predict it will deliver wireless coverage to 60% of the world’s population1.

At this rate of expansion, investment in fiber-optic infrastructure around the United States is exploding and is vital to the success of 5G and our communications infrastructure at large.

Because 5G needs fiber-optic technology to expand, the two technologies will grow together simultaneously.  The availability of 5G also brings fiber-optic internet access points closer to communities who have previously only experienced copper-based technologies.  Together, 5G wireless and wireline fiber-optic deliver seamless connectivity to people wherever they go. 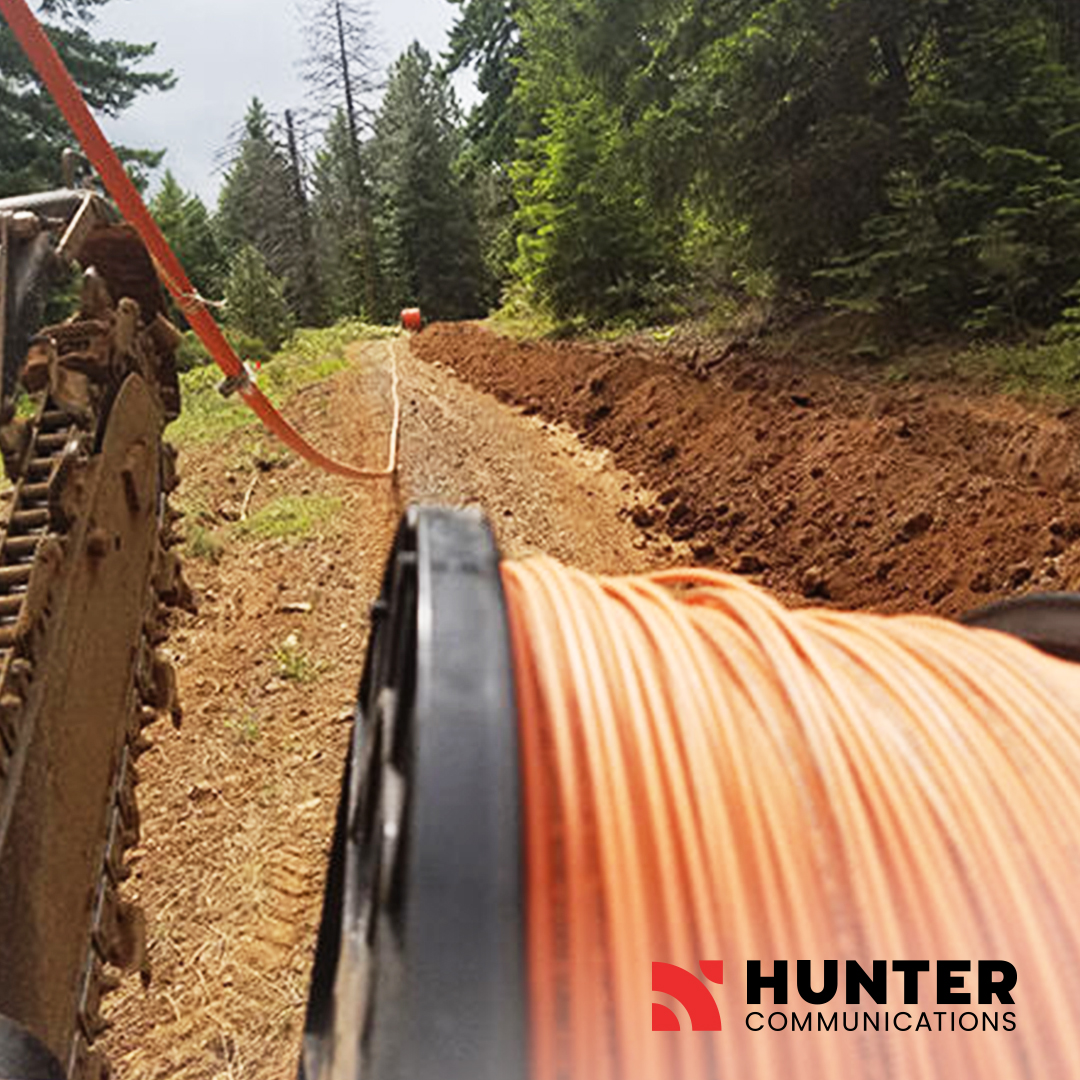 Hunter believes that fast and reliable internet access is a vital component of modern life.  That’s why we offer fiber-optic internet directly to your home at a price for life without any contracts.